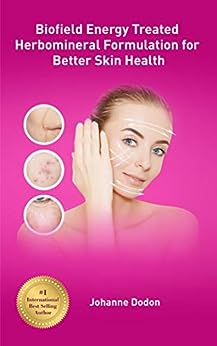 “The aim of the study was to evaluate the effect of the The Trivedi Effect®- Consciousness Energy Healing Treatment based new proprietary herbomineral formulation and cell medium (DMEM) on various skin health parameters using HFF-1, HaCaT, and B16-F10 cell lines. It contained minerals (zinc chloride, sodium selenate, and sodium molybdate), L-ascorbic acid, along with the mixture of Centella asiatica extract and tetrahydrocurcumin (THC). The test formulation and DMEM were divided into two parts each, one part of each was coded as untreated (UT), while the second part of each was treated with the Biofield Treatment by Johanne Dodon and denoted as the Biofield Energy Treated (BT) test items. MTT assay result showed that the test formulation was safe and nontoxic up to 80 μg/mL concentration. The fibroblast cell proliferation assay using BrdU method showed a significant increased cell proliferation at 2.13, 8.75, and 17.53 μg/mL by 3.90%, 14.68% and 29.54%, respectively in the BT-DMEM + BT-Test formulation group compared to the untreated group. The collagen data showed an ”