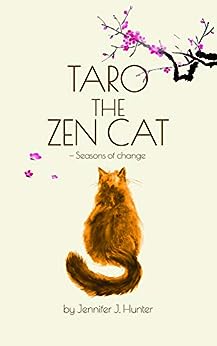 Taro does not know how to provide for his family after the death of his father, but he knows he cannot be something he is not.  His journey to find his purpose in life starts with a lie and ends with a choice.  A choice to move beyond the lie his sister and he are telling their mother in order to pursue something beyond what culture and his family expect of him. Taro's mother is devastated when she realizes what Taro has chosen to do, and draws a line in the sand. But he turns away and leaves the family to find his true meaning in life.  Instantly banished from home with no hope of returning, Taro gambles with an unknown outcome as he undergoes one of the most difficult training systems ever created.  Zen! The forces of enlightenment and endarkenment run high along Taro's path at the Gakiji Hungry Ghost Zen Buddhist Temple in the forest.  Consumed with jealousy and resentment, there is someone who will kill to derail Taro from becoming the first animal Zen Buddhist monk.  Filled with doubt and rage, sometimes it is Taro's own mind that seeps in to bring him down.  And yet, the story has a magical balance of sweetness, devilishness, light-heartedness, honesty, and wonder.  It is authentic Zen training at its best with all its highs and lows. Taro's support cast abounds, although it is not always apparent to him.  With woodland creatures including a tiny field mouse, birds that function as emissaries to the Village, human Zen Buddhist monks, even his own family in unusual ways - all contribute to the creation of Taro's transformation. Whether you like cats or not, whether you have a spiritual practice or not, when all is said and done, "Taro the Zen Cat is the embodiment of the question that lives in the silence of every human heart: "Who am I?" (William Yoshin Gennan Jordan, Roshi).  Taro's journey is any person's journey who has ever wondered about finding one's place in the world.