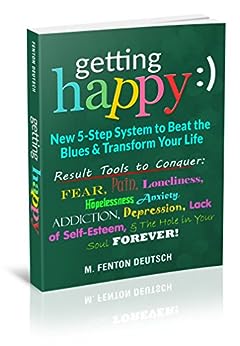 Share
It is now estimated that an alarming 50 million people worldwide die each year from a drug overdose and/or health-related issues or complications – most of them undocumented. Suicide claims another one million victims, or one death every 40 seconds – mainly from those who couldn’t find their way out from the grips of their unhappiness and dis-ease. For them, life became more painful than death!

But, this blight pales in comparison to an even bigger problem: Another two billion people struggle around the globe with depression and anxiety disorder. Of this, 220 million are children -- something that they learned from their parents or caretakers. That represents over a quarter of the entire global population of 7.6 billion struggle with pain and misery. Is that really possible? The cost to society, to our families and loved ones is beyond staggering. Clearly, the untreated “misery” business is crying out for help!
Addiction and suicide are now among the top 10 leading causes of death in the U.S. -- and that doesn’t include the many others that never even make it into recovery. There are more people today struggling with addiction and drug and alcohol abuse than people who have cancer in the U.S.. Considering that the Surgeon General has stated that Addiction is a disease, those are pretty staggering numbers. This complex and incurable disease is progressive and fatal and kills absolutely if left untreated!

Addiction to opioids, and the resurgence of heroin use worldwide has reached epidemic proportions among young people. In fact, during the past decade alone, 143% more students between the ages of 18-24 have been admitted to recovery programs. Yet few schools are prepared to teach their students about the life hazards of addiction and difficulties with recovery.
People can’t handle the underlying pain and futility in their lives, and prefer to numb or anesthetize themselves to avoid dealing with reality. The fear of change keeps the addicted deep in the throes of the bondage of self. The substance abuse and misery are mere symptoms. The real problem is usually never addressed, which is their deep life dysfunction and maladapted operating system for living that create their overwhelming dis-ease and result in urges and cravings to use and act-out.

This book explores & delineates real do-able solutions to your unhappiness issues. It reveals permanent solutions to changing your life once and for all. If you follow it’s wisdom and 5-step solution, you will find the relief you have long sought. Fenton Deutsch takes you on a journey that will change your life forever!