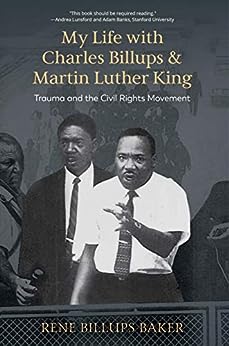 My Life with Charles Billups and Martin Luther King: Trauma and the Civil Rights Movement

Share
Charles Billups displayed pivotal leadership during the climax of the entire civil rights movement—Martin Luther King’s campaign in Birmingham. But little of Billups’ story has been told. Until now. In this book, Billups’ daughter, Rene Billups Baker, relates his torture by the Ku Klux Klan. For the first time, she reveals his participation in King’s key strategy sessions at the Gaston Motel. More fully than anyone else, Rene records her father’s courageous direction of a march that serves as one of the peak moments of American nonviolence. King himself deemed the march “fantastic.” Rene also tells about her own encounters with King, encounters that have never before appeared in print. And she recalls an experience of unthinkable trauma in Chicago. This dramatic account illuminates the horrors of white supremacist violence, as well as the triumph and cost of resisting it.