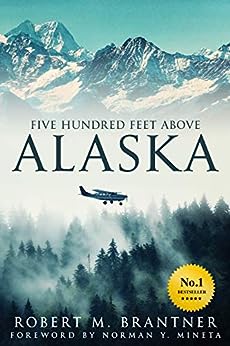 International #1 Amazon Bestseller in SEVEN Categories in the US and CA , including Weather, Commercial Aviation, Piloting & Flight Instruction in the US. Pacific Northwest, Commercial Aviation, Pacific Northwest United States History, and Pacific West Travel in CA. Five Hundred Feet Above Alaska is the story of Peter Connors, a young man who moves to Alaska in pursuit of his dream of becoming a commercial pilot. While the pilots in Alaska are known for their superior airmanship, they are also famous for their disregard of the rules that govern them. Determined to ultimately be an airline pilot in “the lower forty-eight,” Peter vows to walk the straight and narrow. Yet, when Peter is the only pilot available to rescue a comrade who crashed in the snow-covered tundra, he is forced to compromise the very ethics that define him. Over time, Peter’s competence begins to overpower his regard for the rules. Slowly, almost imperceptibly, Peter begins a downward spiral. The life Peter had carefully constructed for himself is at odds with the “live or die” flying of Alaska. Over the course of a year of doing battle with the elements on a daily basis, armed only with his plane, his wits and his skill to bring him home every night, Peter must decide whether it is more important to embrace life or cheat death.