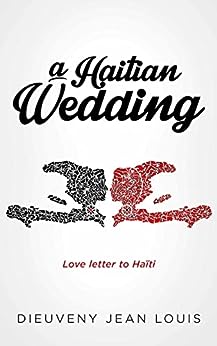 When Stephanie Durant, a Haitian-born jewelry designer who recently immigrated to Miami, says yes to Patrick’s marriage proposal, she knows the road ahead might not be a smooth ride. There was so much she hadn’t told him—specifically about her life growing up in one of Haiti’s wealthiest families, or how overbearing her parents could be, which is why she left Haiti in the first place.

Now Stephanie must take him to her beloved island home and reveal all, including her family’s expectation that a big, traditional Haitian wedding would take place as quickly as possible. Patrick, a rising tech star thanks to his genius coding skills, has no idea what awaits him in Haiti, a place he thinks of as a dangerous third-world nation. With tensions rising between Stephanie and Patrick, as well as the whole Durant family, will their Haitian wedding even happen?